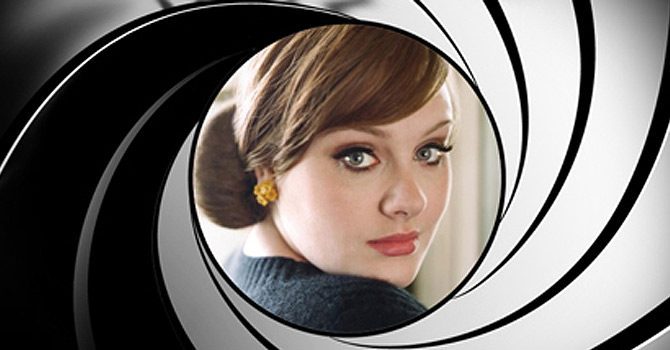 When it comes to Bond films, there is always a lot of intrigue over which actor will play the next Bond, what car will he drive, who will write the next pop hit for the film?  The questions are endless, and the mass hysteria is similar to what we've seen from "Trekkies," only there is a grandeur of coolness.

In the past, we have heard from artists such as Nancy Sinatra, Paul McCartney, Tina Turner, Carly Simon, A-ha, Sheena Easton, and Madonna.  Many have agreed that McCartney's, "Live and Let Die" has been the greatest Bond hit.  However, Sir Paul just might be shuffled down a rank, as one of England's biggest stars steps back into the spotlight with a new release for 007's, "Skyfall."

Although the song had been scheduled for a Friday release (10/5,) reports have surfaced that a short excerpt of the song has already been leaked online.

Paul Epworth, who co-wrote the song with Adele tweeted, "I hear a short excerpt of Skyfall leaked. I can’t wait for everyone to hear the whole thing because Adele’s performance is jaw dropping.”

The leaked excerpt features Adele, backed by a 77-piece orchestra.  If you want to hear the whole thing you will have to wait a few more days.  The release date coincides with the 50th anniversary of the Bond films, which kicked off with "Dr. No."  The film will be released in the US on Oct. 26, 2012.

Want to hear what it sounds like?  Listen to it here.  If you listen closely (actually it is pretty obvious,) you'll hear the chords mimicking the main "James Bond Theme" which has been featured in every release since the original.

We think it sounds great!  What do you think?