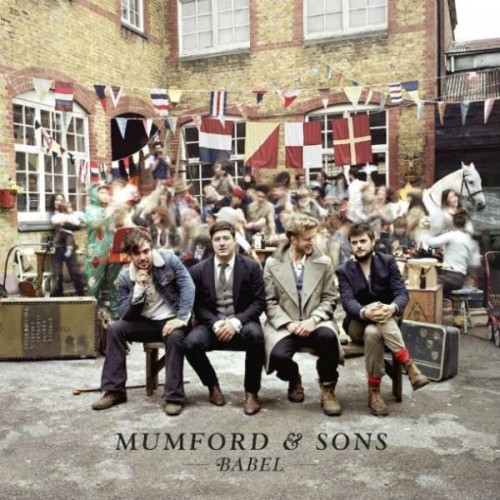 Mumford and Sons, from out of absolutely nowhere, have positioned themselves as cultural touchstones. While the band recalls turn-of-the-century bluegrass and anything else ever described as High and Lonesome, they are remarkably forward-thinking about the past.

The only other band, in recent memory, to pull off such an unabashedly out-of-time trip would be The Strokes. Like that largely forgotten band-of-the-moment, Mumford and Sons gave us a ridiculously impressive debut album (2009's Sigh No More, 2001's Is This it for The Strokes), a song that basically defined an entire summer (Little Lion Man, The Strokes' Last Night).

Now, a couple years later, Mumford and Sons are back with a sophomore effort that (Like The Strokes' Room on Fire) somehow beats the impressive debut by a clear mile.

All that adulation must have really inspired Marcus Mumford and his merry band of indistinguishable British dudes. Literally every track on Babel is a winner. The first single, the gorgeous I Will Wait, makes mincemeat out of anything else on Top 40 radio this fall.

The rest of the album is similarly strong, and far more cohesive than Sigh No More. It deserves the kind of front-to-back reverence that teenagers reserved for Pink Floyd or Led Zeppelin.

Incidentally, Babel is Number 1 on the Billboard Chart as type this. The record has sold well over 500,000 copies in its first week of release, more than any other record this year. For the first time in awhile, it looks like the record-buying public are giving credit where credit's due. Good for Mumford and Sons — Great for us.