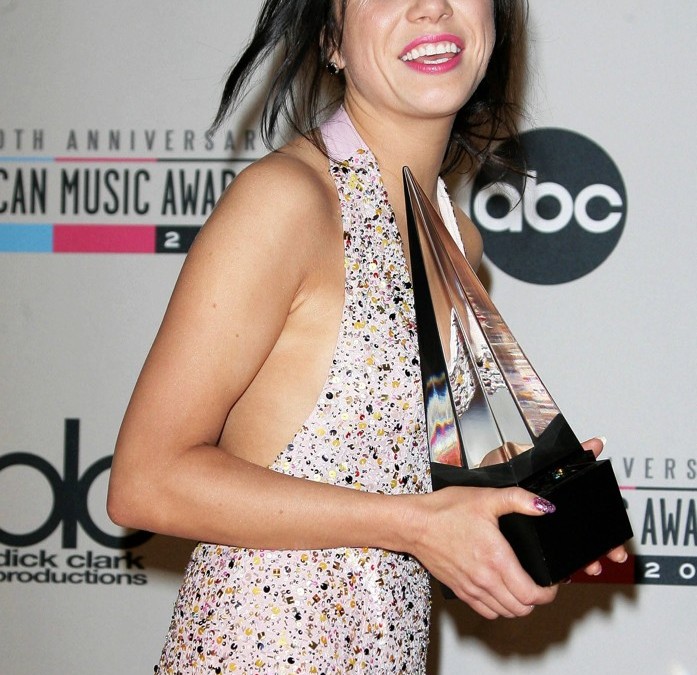 As usual, no big surprises were forthcoming during the telecast, though MC Hammer did make an appearance alongside Korean novelty hit-maker PSY for a rousing rendition of this year's Macarena, Gangnam Style, mixed with a little bit of 2 Legit 2 Quit.

Perhaps the best moment of the night came early, when Bieber cited his newly-aquired American Music Award as proof that he's got staying power.

"This is for all the haters who thought that maybe I was just here for one or two years. I feel like I'm going to be here for a very long time,"  said a remarkably deluded Bieber.

The American Music Awards were dreamed up by the late Dick Clark in 1973 after ABC lost the television rights to the Grammy Awards ceremony. Unlike the Grammy's, which are awarded based on artistic merit as judged by music industry professionals, AMA winners are chosen by a survey of music buyers, radio airplay, and social media trending. The awards have been widely criticized over the years for an overemphasis on sales and short-lived record buying trends.

Below, check out the complete list of winners and (if you care) the PSY/MC Hammer performance.

ARTIST OF THE YEAR  Justin Bieber