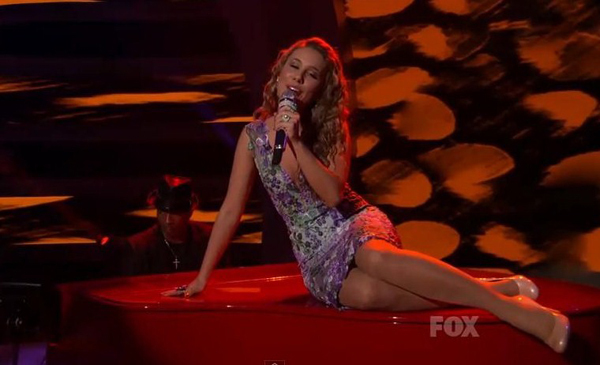 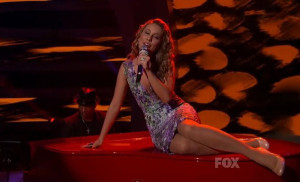 Two weeks ago we saw American Idol contestants take on the classic songs of Elton John and songwriting partner Bernie Taupin. How successful were the contestants in bringing something new to the songs while retaining the classic rock feel of these classic Elton John hits?

Idol contestant Scotty McCreery took on the Elton John song “Country Comfort” and made it his own by using his unique, country song skills. While this isn’t a John hit that everyone is familiar with, McCreery picked it as the most country of all the songs in the Elton John songbook.

Paul McDonald chose the song “Rocket Man” and sang the song as if it were an encore to larger performance. Strumming an acoustic guitar and wearing his signature, flowered country suit, McDonald performed well enough with his slightly husky voice.

Pia Toscano chose “Don’t Let the Sun Go Down on Me” and turned this song into a diva anthem with her powerful voice and backed by a gospel choir. It should be noted that even though Toscano turned this into more of a gospel ballad, Sir Elton John is a man with a lot of soul in his classic rock music.

“Tiny Dancer” was the song performed by Stefano Langone and perhaps the most predictable performance of the evening. It should be noted that this song requires a wide vocal range and that Langone was able to fit the bill.

Teen Idol contestant Lauren Alaina sang the iconic Elton John song “Candle in the Wind” and did a fine job of performing this somewhat syrupy and perhaps over done song.

The dynamic James Durbin had one of the top performances of the evening with “Saturday Night’s Alright (For Fighting)” and by this time Idol audiences were ready for a rocking song. Delivered in Durbin’s energetic and classic rock manner, this song was definitely a highlight of the Elton John tribute American Idol show.

Casey Abrams performed “Your Song” in an understated and quiet way that highlighted his subtle, yet powerful, vocal skills.

Jacob Lusk performed “Sorry Seems To Be the Hardest Word” with his usual somewhat over-the-top delivery.

Haley Reinhart closed the show with one of the best performances of the evening by nailing a very sexy and rocking “Bennie and the Jets.”

Did American Idol contestants falter in performing classic Elton John songs? The subsequent elimination of Naima, Pia, and Thia seems to suggest that these ladies failed to rock the Elton John songs as much as they could have. While Naima did her best to make the song her own by giving it a reggae twist, even judge Randy Jackson called it “corny.” The bottom line is this: Sir Elton John has some pretty big musical shoes to fill and not all are up to the task.