How Nicki Minaj Will Change The Face Of American Idol 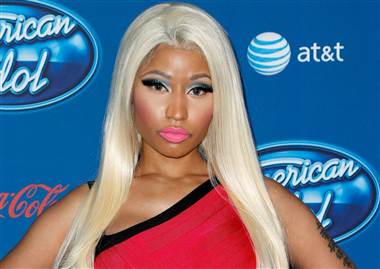 Whether you are a fan or not, American Idol has been received similarly to a losing NFL team.  With each bad season, you swear to yourself that you aren't going to watch another.  But as next season roles around, there you are glued to your seat again, praying that there have been significant changes that will offer something better than last year.

While the former lineup of judges sparked curiosity and viewer interest when Steven Tyler was brought on board, the intentions of the producers may not have had our best interests at heart.  Apparently, the outbursts of the judges could be more important than maintaining integrity with the talent of the young performers.

Tyler said of the producers, "The show's about kids and what you do to nurture their talent. They wanted me to take the piss out of the kids and I don't have that in me. That's not what I'm about. That's more about that other guy. Not me."

With the departure of Tyler and Lopez, we will be introduced to Nicki Minaj, Keith Urban and Mariah Carey.  Of course the good 'ol faithful, Randy Jackson is still on board.  And while the composure of this panel is an obvious attempt to appeal to the entire range of viewers, there may have been even more focus on finding a panel that will offer conflicts that Steven Tyler was not interested in providing.

Gone are the days when it was all about the young performers and their talent.  People want to hear what their favorite star will have to say.  And Nicki Minaj and Mariah Carey apparently have quite a bit to say.  The only question is which one will get in the last word.

The reality show may have shifted to give more attention to the judges than it does the contestants. So if you are looking to this season, hoping for the best constructive criticism, the best picks in talent, don't hold your breath.  You are likely to get more of the same.

However, if you are looking for crazy rants, arguing and a "Hey! Look at me!" attitude from the judges, keep your eye on feuding between self-proclaimed diva, Nicki Minaj and Mariah Carey.

I just can't help but wonder if Nicki's personality would be better suited for Trump's, "The Apprentice."