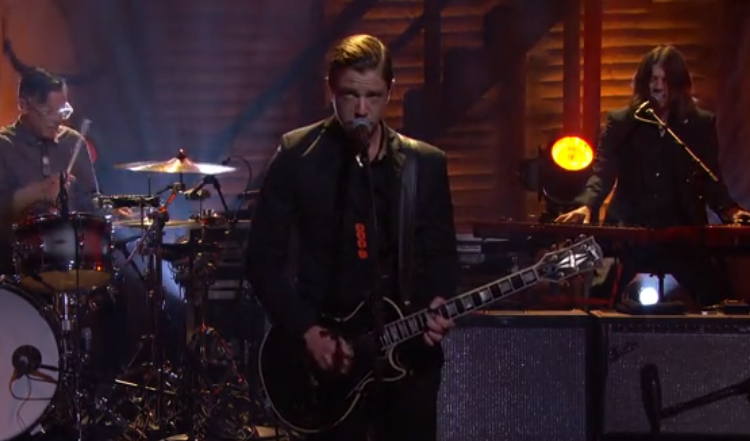 As hard as it is to believe, it's been a full ten years since noted Brookyln indie-rock darlings Interpol released their debut album. To celebrate, the band has unveiled a deluxe edition of their first opus, due to hit stores this November.

Back in the early 2000's, the band didn't even dare to dream that they'd make any kind of commercial impact, says Interpol guitarist Daniel Kessler.

"We just wanted to present our music as an album to anyone who would be open to hearing it," Kessler said.  "It was incredible to finally tour and see people react to these songs.  We never could have imagined that the album would have reached so many people throughout the world."

In addition to a remastered Turn on The Bright Lights, the anniversary package will include a "beautiful" hardbound book filled to the brim with unreleased photos, an entire disc of bonus material and a button.

The biggest extra for hardore Interpol fans, though, will undoubtedly be the DVD. It will include all three videos released for Turn on The Bright Lights (PDA, NYC and Obstacle 1) as well as some super-early live footage filmed at New York's Mercury Lounge in 2000 and footage from their first Los Angeles-area show in 2002.  Interested parties should head on over to their official website and get in on the surprisingly cheap pre-order.

Did we mention it comes with a button?