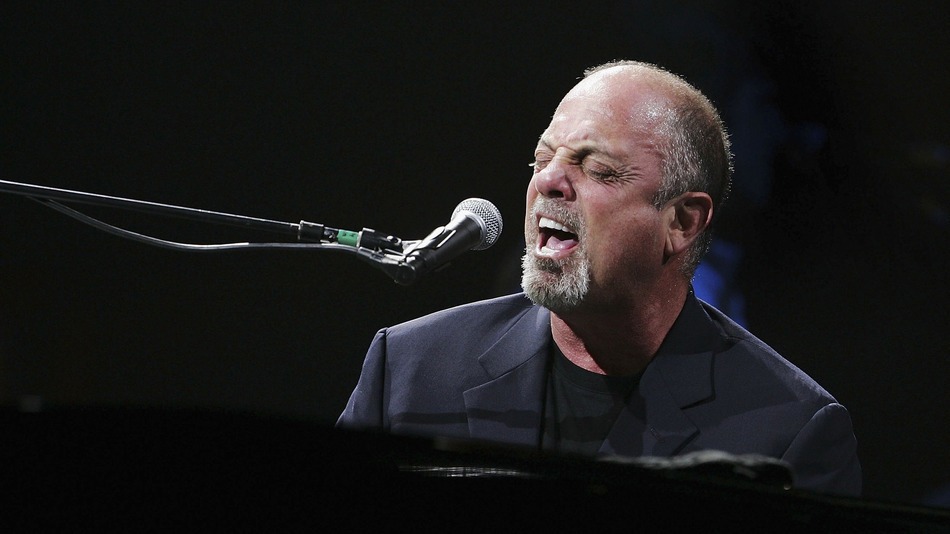 This is a fun topic for me. Not just because I love talking about music, but because it is much easier to talk about the music of someone else, than it is my own. Aside from that, I’m going to share some great tracks of songs that I have covered, and hope you will enjoy them.

If you have any good ideas for songs to listen to or songs that I should cover, or even just learn as part of training, be sure and let me know. I love a challenge, and I may even post my cover of the song on my Video page.

I’m going to be brutally honest with you. My tastes are quite eclectic, and I get laughed at from time to time. Aside from the two obvious major talents in Piano Pop/Rock music (Billy Joel and Elton John) there are many more that have drawn my attention. Bruce Hornsby would be a great example. I’m a huge fan of the singer/songwriter genre.

Guys like Jackson Browne, James Taylor, John Mayer, Ray Lamontagne have kept me at the piano for days and months. When there are not melodic hooks that grab you (and most of the time there are,) you will often here a lyric that pulls at the heart strings.

A current favorite of mine in this specific area of tastes is “These Days” by Jackson Browne.

I realize that a lot these songs are overplayed, and eventually dismissed by others as “corny.” But there is an occasion and time for everything. Even I get bored playing the same songs over and over, but what never gets old is performing them with the right crowd that wants to get up and dance and sing along. So for that reason, I’ve had a lot of fun digging into one-hit wonders, and the gems that have stood the test of time. I’ve pulled off Air Supply to the toughest of crowds and they’ve loved it! I’m not kidding. Maybe it’s the humor of it all, but we all need to laugh a little.

Yeah, I know that they don’t necessarily belong in the same category. But they do have a lot in common. Personally, these are genres that I did not grow up on (I used to hate it when my Dad played country on the radio non-stop), but have grown to love. Country, being so diverse, provides a lot of opportunity. I might go as far back as the Statler Brothers (although I usually don’t.) However, a Johnny Cash song seems to never go wrong. Actually thinking back to “Party Favorites” I’d have to include Garth Brooks’, “Friends In Low Places” and Kenny Rogers’, “The Gambler.” Even getting more current, where we often hear a blend of country and popular music, you’ll find me enjoying Rascall Flatts, Sugarland and others.

As for Blues, there seems to be a stronger sense of consistency than country. I’m not trying to pose an argument – I realize that both genres have changed over time. However, the core of Blues is still very evident as it has not (in my opinion) morphed with pop music in the same way that country has.

As a piano player, the blues genre is a gold mine. Blues and R&B artist, Ray Charles is amazing, and if I’m ever at a loss as to what to play next, I can simply pull any song from his musical career and have a winner. I also want to mention Delbert McClinton, who has been a great inspiration to me recently. I’ve been combing through his discography and finding so many great songs. While I just finished “Everything I Know About The Blues” I am already working on another. Here is “Every Time I Roll The Dice.”

Nothing is more challenging and exciting for me as a musician than picking a song that nobody would ever expect to be performed by a solo piano performer. Sure, you can go to a dueling piano bar, and throw just about anything up there, but for the most part, those more challenging songs, are going to be played less than half-assed (“quarter-assed” just doesn’t sound right) or those slips of paper are simply trashed and they stick with party favorites.

In fact, this goes beyond uncommon for a piano player, I’m talking about songs that are just uncommon to be covered by any band. When I do this, I try not to pick obscure songs. I try to pick songs that are well known, but just shied away from. Jamie Cullum played “Everlasting Love.” That suprised me, but it was a pleasant surprise.

Do you have any ideas of unexpected songs that could be great additions to a set-list?