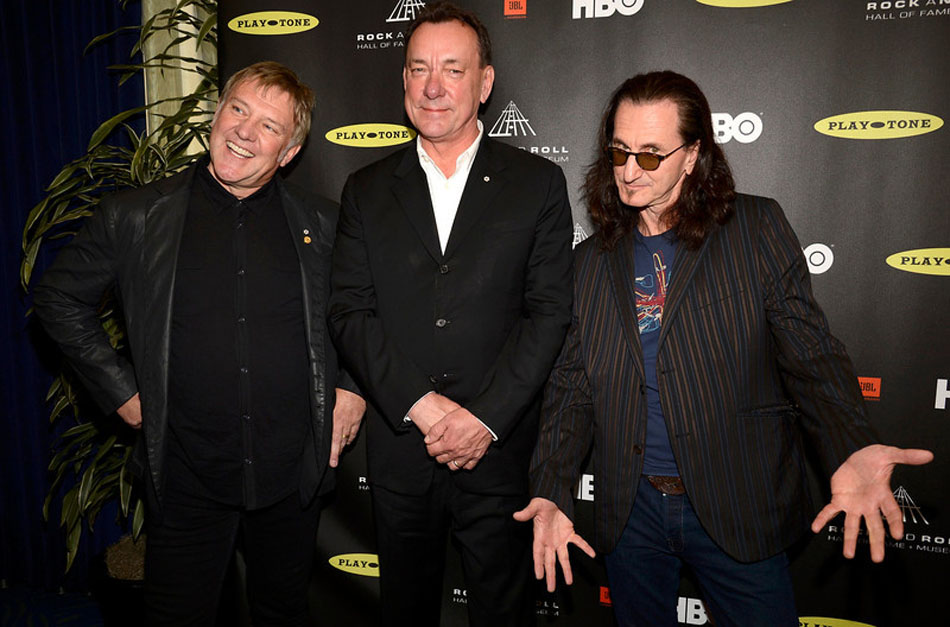 While Rush have been officially eligible for induction since 1998, voters have continuously ignored pleas from the band's many fans. Rush have had 22 consecutive gold albums, with 14 of those achieving platinum certification. They are also one of few acts in recent memory to have maintained the lineup that made them famous. Singer/bassist Geddy Lee, Drummer Neil Pert and guitarist Alex Lifeson have been making music together without interruption since 1974.

The group is currently touring the world in support of their newest album, Clockwork Angels.

"We are honored to be among the nominees for this year's Rock 'N Roll Hall of Fame," reads a statement released by the band.  "We are especially thrilled for the many, many dedicated RUSH fans to whom this nomination is so very important."

The other nominees, all of whom have been up for induction before include: blues-man Albert King, Disco acts Chic and Donna Summer, rockers Heart and Joan Jett and the Blackhearts German electronic music pioneers Kraftwerk, Motown's The Marvelettes, Funk band The Meters, 1960s acts The Paul Butterfield Blues Band and Procol Harum and the irascible Randy Newman.

Interested fans have until December 3rd to engage in a little online voting over at Rolling stone. The winners, chosen by a panel of over 600 music industry types, will be announced in mid-December, and the induction ceremony will be held in Los Angeles next April.

If Rush does make it in, you can certainly expect a level of excitement not seen since Jason Segel licked Paul Rudd's bass in this Rush-tastic clip from I Love you Man: