SNL, Please discourage the Auto-Tune. I want some real Fun. 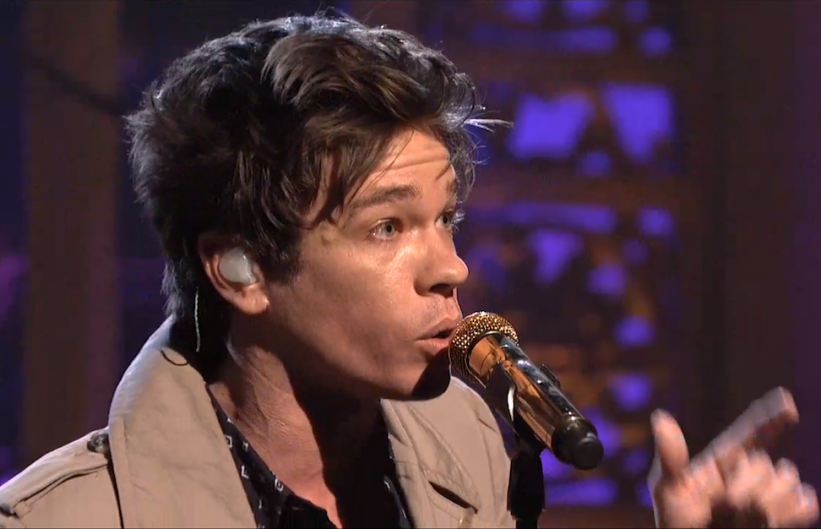 Brian pointed out to me that Fun. lip-synced (backing vocals) and used auto-tuning throughout the performance on SNL last night, and I just can’t figure out why.  Nate Ruess has been an exciting singer to listen to.  In my opinion, he is modern day Power-Pop version of Freddy Mercury.  And as unappealing as that may sound to some, it’s quite a complement as nobody has ever come close to providing that level of vocal talent.

But last night on SNL, he DID perform with a most distracting auto-tune throughout the performance.  The excruciating part can be heard around 3:21 of the video, just shortly before he hits an obnoxious off-key high note at 3:07.  Don’t get me wrong.  I’m not saying he sucks.  I think he’s great.  I’m just surprised.  I’ve been lead to believe that he is better than that.  I don’t want to admire a manufactured talent.  I’ve seen some pretty incredible videos on youtube, so why should the music industry even need to chase down a band or performer that doesn’t have “the real thing?”

Maybe it was just an off day.  Maybe he had laryngitis.  I really was turning on to his talent, until last night.  I hope next time will not be a let-down. Take it all the way, Nate!

I’m glad it’s a Sunday.  I can watch football and not have to think about this so much.