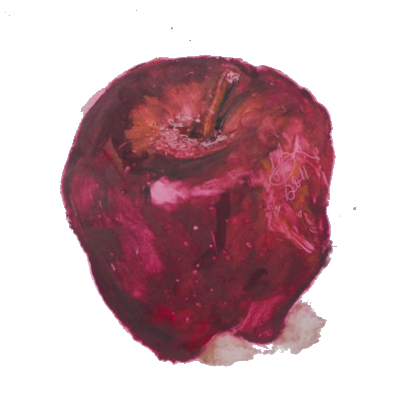 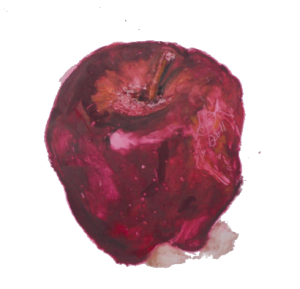 When I first moved to Japan, I joined an art class.  I only stayed for 1 class before it became unbearable for me.

Our first assignment was to paint an apple.  I’m by no means an artist.  I couldn’t paint.  I couldn’t draw.  And I still can’t.  This assignment didn’t seem to hard though.  It was just an apple, I thought.  I drew it on my canvas and then filled it with the colors I saw.

When we were finished, the teacher began walking around the room to see our paintings.  When he got to mine, he stopped and gasped.  I thought he must hate it.  I could already feel myself becoming embarrassed.  I already felt like an outsider and did not want any additional attention.

To my surprise, instead of telling me how bad the painting was, he picked up my painting showed it to the class, and said how wonderful it was.  Was he just trying to make me feel good because I was a foreigner?  He then began to criticize the rest of the students, who had tried their best to draw a perfect shape, filled with colors of delicious reds and a glimmer of light reflecting from the apple’s surface.

He told them that they had not painted the apple on the table at all.  He told them they were ignoring reality and chasing an idea of perfection.  He even went as far as to criticize that mentality as “old” and consistent with the time of Japanese imperialism.  He admired my painting because it focused on the imperfections.  It was not round.  It was not even red.  I had used brown, and focused on the dullness and the odd shapes.

I remember scanning the room, and I could see that some of the elderly women appeared visibly appalled with my painting.  Or perhaps they were just offended by the art instructor’s harsh comments

In retrospect, I suppose that first project was nothing more than a test.  I suppose he put such an imperfect apple on the table on purpose.  But he probably wasn’t expecting an American to show up in class that day either, and actually paint a picture of a bad apple.

I didn’t go back to class after that.  I was hoping to find some peace of mind at the time, but instead stumbled into unwanted attention, and a group of elderly woman that resented me and hated my apple.